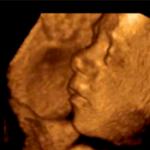 Former Military Hospital doctor, Dr Jacques de Vos, has been charged by the Health Professions Council of South Africa (HPCSA) for advising that abortion is the killing of an unborn human being. The complaint against Dr. De Vos and the denial of signing off his service is from the Military hospital and the HPCSA, who have entertained the complaint have taken a long time to hear it.

Dr De Vos, who is a member of Doctors For Life International (DFL) will finally be able to respond to charges after waiting more than two years since being barred from practicing as a doctor.

Dr De Vos was a medical intern at 2 Military Hospital when he was suspended from the gynaecology rotation and refused to be signed off. As a result, Dr De Vos has also been prevented from commencing his community service year, effectively barring him from practicing medicine in South Africa for the past two years.
END_OF_DOCUMENT_TOKEN_TO_BE_REPLACED